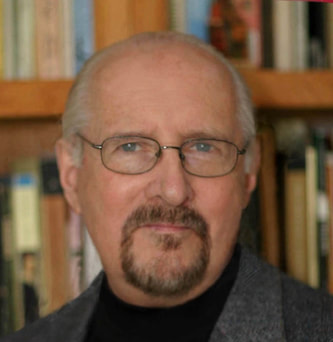 I have two books for your review, "The Cult: A Novel of Two Norman Kingdoms" and “The Grotto: A Novel of Heresy, War, and Love.”

Devlin has twice been The PWR Featured Author of the Month, first in December, 2015, and most recently in September 2017.

Richard Devlin is a writer and painter who now resides in the San Francisco Bay Area.

He has sailed around the world teaching art on the Semester at Sea, visiting the Buddhist temples in Nara and Kyoto, The Ajanta and Ellura Caves in India, the Pyramids and Archaeological Museum in Cairo, Aya Sophia and the great mosques of Istanbul, and the Alcazar and the Alhambra in Spain.

A published art critic, he is the former Chair of the Art Department at Carlow University in Pennsylvania. He has received a National Endowment for the Humanities grant in Mesoamerican art and studied in central and eastern Mexico and the Yucatan. As an artist, he has had fifteen solo exhibitions of his paintings in Pennsylvania and California.

At Carlow, Devlin taught both studio art and art history. On a journey to Sicily in 2001, he was fascinated to discover a whole new medieval style of art and architecture, a mixture of Arab, Norman, and Byzantine Greek influences. Ultimately, the trip to Sicily inspired both historical novels of the Abraxas Chronicles, “The Cult” (2015) and “The Grotto” (2017).