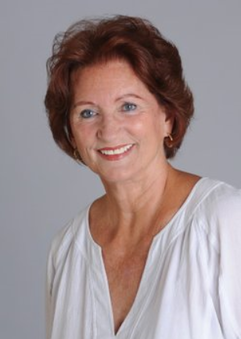 ​Lynne Ashdown grew up roaming the hills of Oakland, California, pretending to be an explorer. Married and divorced young, she raised her two boys in Mill Valley, California. Fulfilling a lifelong dream, she became a singer-guitarist and played in venues around the San Francisco Bay Area.

Years later, her mother bribed her to stop singing in return for paying her way through college. She seized the opportunity and graduated from the University of California, Berkeley, one year ahead of her oldest son. Her degree in (third world) Development Studies has served to deepen her vision of the world she writes about.

A native Californian, she also has lived in Hawaii, Libya, Italy, and England, and has traveled by bicycle over much of Europe and the Western United States. Spurred on by an insatiable desire to know the truth of the world, in 2005 she walked over four hundred miles across Spain on the "Santiago de Compostela" Pilgrimage Trail.

There are many truths, she learned, and her quest continues. She became a writer through the back door in the context of work, before finally following her heart and publishing tales of her adventures in newspapers and magazines.

A longtime feng shui practitioner, she has also written "Twenty First Century Feng Shui for Your Home Office," to be published soon. Also in the works is a tale of misadventures she experienced on the bike and with Italian culture while scouting cycle-touring routes in Italy for a guidebook. Writing is her joy.