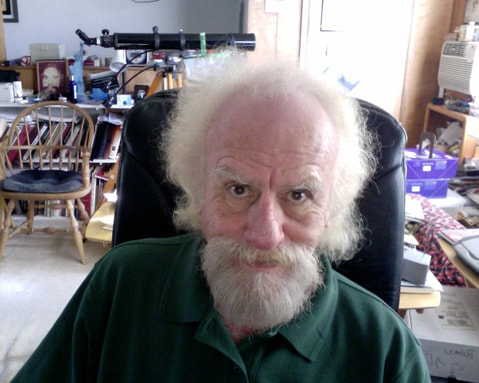 While at Berkeley he specialized in stage direction and dramatic theory. He was a guest lecturer on comic theory at the American Conservatory Theater in San Francisco, and a director at the San Francisco Playhouse. Later he was a guest director and Visiting Assistant Professor of Drama at Antioch College in Yellow Springs, Ohio, and then an Assistant Professor of Drama at the University of California at Santa Barbara.

Pursuing his creative interest in comedy and animation, he spent two years in the former Yugoslavia working for Zagreb Film, as a writer, director, editor, and associate producer of animated and documentary films, and then moved to London to work as a writer for the Educational Film Centre and as a writer and associate director for Bob Godfrey Films. With the latter, he was a co-author of Great, winner of the Academy Award for animation in 1975.

Upon returning to the United States, he worked briefly in Hollywood as a writer for Wolper Productions, before turning to freelance writing and editing. He has taught book editing at the University of California in Berkeley, and is an Adjunct Professor of Literature, Theater, and Creative Writing at Greenwich University in Australia. Most recently, he has completed the authorized stage adaptation of "The Clown," a novel by Heinrich Böll, winner of the Nobel Prize for Literature in 1972.

In addition to editorial and writing assistance, he can provide desktop publishing services, guide you through every step of self-publishing, or refer you to an appropriate publisher, producer, or literary agent.