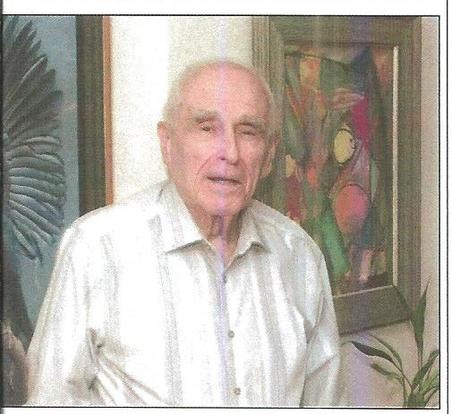 My book is about how to live a better life. Click on the title below to review and purchase it, “My Daily Rules to Live By”
(2016).

As of October 2017, a Second Edition of "My Daily Rules to Live By" is available on Amazon. It includes a new introduction by the author, as well as a new chapter entitled “On Forgiveness.”  The Kindle edition of this book offers a text-to-speech feature for no extra charge.

Sol Weingarten has drawn upon 50-plus years as a psychiatrist as well as his own life experiences to write a book on how to live a better life.

He suggests people should let go of their feelings and emotions before they do damage, and that they choose better responses to what life offers.

To this end, he has developed a set of five principles to live by.
“They’ve been developed over a period of many, many years,” the Rossmoor Waterford resident said. “These rules are about a transformation in people’s behavior. They change in their daily lives. They become better people. They’re more compassionate and caring.” 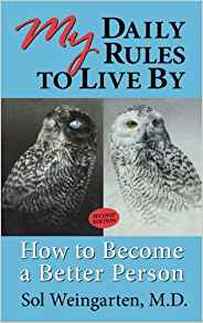 Weingarten said people should stop their bad instinctive behavior. For example, when a driver feels like he’s been cut off, he shouldn’t react with rage. He should tell himself to stop feeling that emotion.  In his practice, Weingarten has worked with individuals, including prisoners, as well as couples, families and groups.

He served as an infantryman in General Patton’s Army during World War II, and was a prisoner of war of the Germans. He saw death and cruelty and vowed he would work for the betterment of mankind, if he survived.
​
Extracted from a "Rossmoor News" article By Cathy Tallyn - Staff writer.  News photo by Mike DiCarlo.