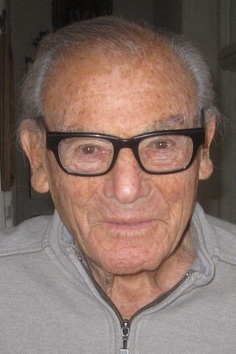 Benjamin Slomoff, who turned 102-years-old in November of 2015, lives in Rossmoor, California. Born in Pennsylvania to immigrant Russian-Jewish parents, Slomoff’s childhood was deeply affected by the Great Depression. In World War II, he served in the Air Force. Afterwards, he had a highly successful career in shoe manufacturing, acquiring several factories, and working internationally.

After he sold his company, he earned a college degree - that had previously eluded him - from the University of Massachusetts.  At age 82, he put his Master’s Degree in Conflict Resolution to good use as a pro bono mediator in the Contra Costa County court system.

In his retirement, he has returned to his love of literature and to writing poetry, publishing "A Stalwart Bends" at age 99, and participating in several poetry groups.

Slomoff has two grown children and several grandchildren. "Never Enough" is his second book. "Never Enough" is a gift of sheer hospitality, a warm invitation to encounter lived wisdom as it finds its way into the world through words.

"Ben Slomoff’s poems sparkle with immediacy, snapshots of ordinary life infused with the sensibility of the sage. Blending light-hearted humor with probing reflection, Slomoff captures moments of life that call us to live with wide open eyes, to move beyond regret, to care for the fallen robin and the music of Chopin, and to seize the common day with the bursting energy of a swallowed firecracker. Come, enter into the cadences of Slomoff’s craft and ready yourself for wave on wave of delight."  — Jeff Reed, Director of Wind in the Reeds Publishing