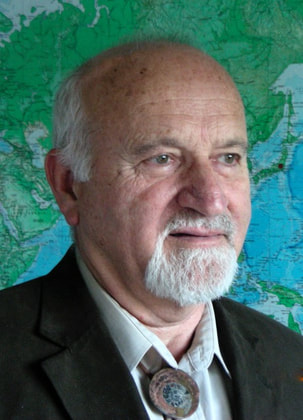 My recent book, "Barefoot but Dreaming"

This book walks the reader into another world, now almost forgotten, and presents sequences of village life deep inside Transylvania, before and during the Communists taking control of Eastern Europe. Some of the author’s life dilemmas, conflicts and resolutions—right or wrong—are summarized, bringing closure to some difficult periods and life encounters.

The author describes his struggle to escape the realm of poverty, isolation and injustice, through education and continuous endeavor for recognition, without compromising his belief and ethical upbringing.

Paul C. Miclea is a senior living in the San Francisco Bay Area since 1980.  He is now enjoying the twilight years of his retirement in the beautiful community called Rossmoor.

He emigrated from Romania during the Cold War as a political refugee. His dramatic escape in 1979, with many risks and sacrifices, as well as his personal struggle to achieve the "American Dream," are detailed in this book.

Along the rough path from childhood to adulthood, he struggled to excel in whatever he did.  He was especially interested in writing and documenting his life's journey.

He started to write in primary school, participating in competitions and getting rewards.  Some of his articles were published in magazines and newspapers. However, his real interest was in writing and publishing technical books, as well as working on scientific papers.  He made presentations at scientific meetings and published his findings in magazines, journals and books.

During most of his adult life Paul was a manager of other engineers. In this capacity he was a team builder, often taking interest in promoting and stimulating the careers of young, talented engineers.

But Paul's main commitment has been to his family - his parents, grandmother, children, other relatives and close friends.

Paul has visited over 80 countries on all continents.  In his travels hew has been especially interested in people's lives, customs and traditions.  Some of these experiences are in his memoir.

Having worked as an engineer in tunnel design, Paul has especially liked the saying, “there is light at the end of the tunnel.”  To Paul, this simple phrase provides a ray of hope to young people everywhere, encouraging them to break through the barriers of poverty, isolation and occasional failures.