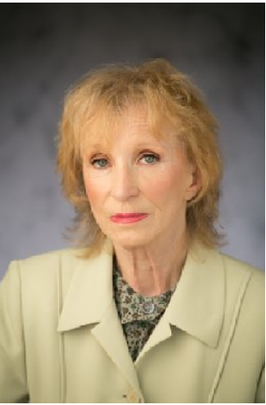 Personal website - www.allaPgakuba.com
​
​Review and purchase my books from Amazon.  They represent a complete trilogy of nonfiction short stories:

​"What Is Life? What Is Happiness?"

"A Person Is a Product of Time, Place, and Circumstances"
​
"How to Design  Innovations  and Solve Business and Personal  Problems"

When she was a student at a civil engineering university in Odessa, Alla lived an ordinary life. She was a shy, timid, and unsure young woman, but a serious student.

Alla was curious about where she lived and the world." She read all of the major classic books written by world-famous authors. She went to see many movies, the majority of them international.  She went to operas, ballet performances, plays, circuses, and philharmonic classical music performances.

In her dreams she was anything she wanted to be. She imitated her heroes, adopted their manner, language, attitudes, and became as sophisticated as they were.

Then, one cold, unassuming November evening, fate suddenly interfered and changed her future. "Fate" propelled her to live on different continents, ambushed her with life-threatening events and monumental problems.  She managed to survive, became stoic, and made professional contributions.  To succeed, Alla had to:

​Learn to speak, read and write Russian, French and English.

Some of her professional successes in engineering included:

​The design of a 10-span bridge with four ramps  - I-95 - over the Patapsco River in downtown Baltimore.

​She designed 3.5 miles of the above ground Baltimore subway

​First female student to receive a PhD in the Management of Science, Technology and Innovation.

Her dissertation has been judged to be in the top 5% among 250-300 dissertations written in the last 15 years.

In health care she was the stimulus for a new industry. It created hundreds of thousands of new jobs. As it grew, it generated $120 - $140 billions annually for numerous companies.​
​
​     Excerpts from "WHAT IS LIFE? WHAT IS HAPPINESS?"​ 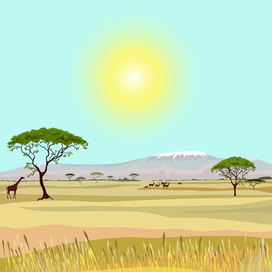 UGANDA - We arrived in Africa in the late afternoon, after a 6-hour flight from Paris to Entebbe Airport in Uganda, East Africa. Exiting the airplane, I stepped onto a new continent. The sun was bright, the heat was pronounced, and the asphalt was soft as a thick sponge. It was my 1st rendezvous with heat and the tropical weather.

We were transferred to a nearby hotel on Lake Victoria. After the long flight, I was tired and, after dinner, immediately hit my pillow.
​
Sleep forgot about me and skipped my pillow but not the armies of insects outside. One army after another began tuning up their songs. At first timidly and unsure from far away, trying one tune after another.

Competing armies of new quartets appeared drumming up their songs, overpowering already singing vocalists. Soon, all the armies of singers joined together in unison and filled the night. I heard nothing but the loud and powerful singing of insects, hundreds of thousands, or millions of them, testing their vocal cords.

Unaccustomed to such nightly serenades, guarding myself from the unknown and unexpected, I tuned up my senses to full volume and the insects’ songs magnified. In the end, I had no alternative but to get used to them; they serenaded me into deep sleep. I was on the African continent, mysterious and exotic and over 5,000 kilometers away from my home.

When I awoke, the first morning sunrays were beating through the shuttered wooden windows slats, skewed at 45 degrees. I assumed it was around 6 a.m. Half of the sun was still buried behind the horizon.

Curious, I opened a door to the patio and stepped into a huge field of planted flowers, very familiar to me, tall zinnias, displaying rainbow cascades of different colors.

Instinctively, to make me feel comfortable in this unknown environment, my mind retrieved previous zinnias memories and brought me back to my childhood days. When I was a child, to reach an orchard full of apple, pear, peach, and cherry trees, I needed to walk a narrow path. On both sides of the path grandma planted flowers, tall zinnias.

Feeling nostalgic, I continued crossing the zinnia plantation, and feeling happy as a child. I had no fear or hesitation now. At the end of the plantation, fencing the zinnia field, was an opening among huge exotic trees.

I walked directly into another surprise - Lake Victoria! I sat on the bank and looked at the lake. I already knew that it was the largest fresh water lake in Africa and the principal source of the Nile Basin.
RWANDA -   Before coming to Rwanda, I had read that it was the most beautiful country in Africa. It had been called Africa’s Switzerland, or a country of a “thousand rolling hills.”

We arrived in Nyanza from Kigali, where Chrys received a position of a physician in the main hospital. Nyanza was a royal capital; Rwanda’s kings were living there. We got a house, the mansion, of the former Belgian governor who lived there during the colonial era.

Today, the mansion was run down. No one had lived there for some time and, upon our arrival, we spent the rest of the day busily cleaning just a few rooms from insects, dust, and spider webs for the night.

The morning came. I opened a window to get some fresh air and was frozen from all future actions. In front of me was a panoramic view of the earth’s eternity in its full glory.  Rolling hills, like an uninterrupted rhapsody, majestic and untouchable, covered by dark green flora, invited me to get a glance into their ancient life.

A fog, not yet evaporated by the sun, in waves of different thickness, was nourishing the life on the hills with moisture. For millions of years, these ancient hills were living here, rolling from one elevation onto another, and gracefully projecting their undeniable eternity.
​For several minutes I was admitted into the eternal life of the rolling hills. I was privileged to see what few have seen before me: the unforgettable, divine, and beautiful nature that is imprinted in my mind and heart forever. From that point on, I never feared for my life, nor was I ever scared of death.
When living in Africa, I made wonderful life discoveries. They are precious gems, imprinted in my heart, nostalgically mooring memories of people and places I left far behind.

Today, my African memories keep revisiting my heart, warm and sad, reminding me about the happiest years in my life and about the crumbling now African civilization.