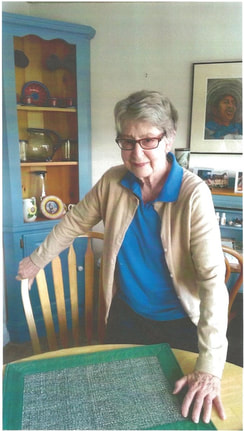 "Plum Bottom,” is set in the 1940’s and 1950’s.  It  describes a timeless coming-of-age tale for today’s young people and a nostalgic story for adults who grew up in that era.

Laney Mahler, the lead character, grows up in Plum Bottom, a lowland part of town named for wild plum trees that once grew there. A wide valley, bordered by both a creek and a river, it is a beautiful place to live. Unfortunately, it is also a flood plain.

In eight story-like chapters, Laney matures from the age of six to eighteen: At six, she has a problem with telling lies.  At twelve, she and a friend hike through a moonlit field to the river where they are forced to run in fright.  At seventeen, she falls for a mercurial lover.

In the words of the book's editor, Paul Weisser, PhD,“Think of the story titles as chapter titles, and you have what the Germans call a Bildungsroman, a type of novel that portrays the intellectual and emotional development of a young protagonist.”

Laughers I Have Known

Laughter seems a little scarce in our lives when we grow old. I, for one, wish I laughed more. Maybe that’s why I perk up my ears when I hear it, typically in Starbucks. Here are ten laughers I have identified and named:

1. The Screamer. Most often, (maybe always), it’s a woman. She starts with a shriek so high-pitched that people look over to see if anyone is hurt. From her high peak, she drops down to normal range, still loud enough to annoy other coffee drinkers. If someone in her group says something else that’s funny, she’ll scream again.

2. The Whisperer and Giggler. Two women at a table, heads together. One may raise her hand to her mouth to shield the secret from prying eyes and ears. Are they gossiping about something scandalous? Is sex involved? Sometimes it’s a young couple who must be in love, and then it’s nice.

3. The Snorter. This laugher, likely male, can’t hold it in as a funny thought overcomes him, and the laugh bursts out, partly through his nose. If he has a mouthful of coffee, he may spew a little.

4. The Hacker. I admit to being guilty of this myself, which I think is the most common and least interesting laugh. Hackers chop the laugh into short bits. “Heh heh heh.” Or worse, “Huh huh huh.”

5. The Guffawer. Think of a whiskery man with a beer in his hand. This laugh is loud, coarse, and can be explosive. One burst out near me the other day, which made me jump.

6. The Chuckler. Men chuckle, middle-aged or older. They have learned to take funny things in stride, just as they do everything else. In Starbucks, you may see one of these nice men bend down to scoop up a granddaughter and set her on his knee.

7. The Hooter. Think of derisive laughter, or laughing at someone. The hooter is probably not the most popular person in the group.

8. The Giggler. Little girls in the playground. In my experience, they giggle about boys they would like to kiss. Free of embarrassment in their supportive group, they compare notes and confide their dreams.

9. The Snickerer. A snicker is like a giggle, but juicier. Second-grade little boys. Sometimes it is a little dirty, like bathroom humor. They also snicker about girls and women, with the subject often in line with body parts.

10. The Coo-er. This mother talks and laughs to her baby. She has a special language for the child. She baby-talks and softly laughs in her delight with this babe. The loveliest of the laughers and laughs.