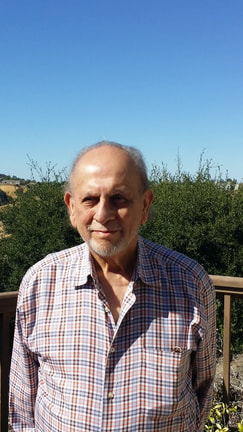 In 1930, Bombay, now called Mumbai, a major city on the west coast of India was still under British rule when I was born into a relatively affluent Parsee family.

The Parsees are followers of the first monotheistic religion, Zoroastrianism, taught by their prophet Zoroaster or Zarathustra. Their ancestors fled from Ancient Persia, around 800 AD to escape religious persecution from Muslim conquest. The Zoroastrian religion was a dominant religion besides Judaism and Christianity when Mohammad was born in 570 AD.

Those Zoroastrians who fled Persia found sanctuary in India, became known as Parsees, and excelled as traders. Because of their inherent beliefs in truth and honesty with good thoughts, good words, and good deeds, they were trustworthy and prosperous entrepreneurs. The British East India Company and later, the merchants from Britain and other countries, felt more comfortable doing business with Parsees.

Parsees prospered and adopted western ways. They were welcomed in many important political and social gatherings and functions of the British.

My mother was well educated and came from an aristocratic background. My father came from a low income family.  He had to drop out of school in fourth grade to support his mother and three siblings, when his own father died at a young age. However, my father took advantage of growing business opportunities during World War II to start a trucking business, and became wealthy.

I was brought up in a Western manner by speaking English and going to English speaking schools run by Jesuits.  These early experiences later influenced me to be baptized in the Catholic faith.

I was exposed to the American influence through US run libraries, movies, music and dances.  These childhood experiences made me want to come to the USA.  Finally, in 1954 I found myself entering New York City, then on my way to a junior college and later to UC Berkeley. I later married and practiced optometry for 35 years while raising three children.

In 2004 my wife suffered a traumatic brain Injury because of an automobile accident. After my wife's automobile injury we moved to Rossmoor - a senior community of more than 9,000 residents and  100 clubs - mainly because of easily available transportation and where my wife can pursue her interests in the arts.

Currently, I am busy writing my memoirs of my life in India, the Parsees, my father’s business adventures, my coming to the USA and the adventures that followed, my leadership in Father’s Rights movement, surviving my wife’s accident, and my frequent travels around the world.