Many of the books by PWR authors can be found in the Rossmoor Library. 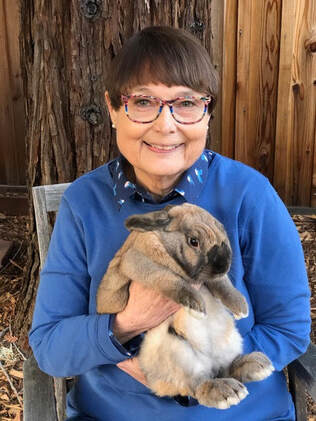 March: Patricia Teschner, author of "At the Edge of the Winter Woods” and “The Sum of All Mornings", is PWR's featured author of the month. Her books will be on display at the Rossmoor Library throughout the month. Learn more here or read the article in the Rossmoor News (February 26th edition, p. B18).

February: Jim Moore, author of "The Life of Robert Noble Burgess", is PWR's featured author of the month. More information about Jim and his book is in the "Rossmoor News", January 29th issue, page 5B, and can be downloaded here.

January: Pamela McCorduck, author of "This Could Be Important: My Life and Times with the Artificial Intelligentsia​", is PWR's featured author of the month. More information on McCorduck's book is in the "Rossmoor News", January 1st issue, page 27A.

October: Elayne Jones, author of "Little Lady with a Big Drum", is PWR's featured author of the month. Her book will be on display at the Rossmoor Library throughout the month. More information in the "Rossmoor News," October 2, 2019 issue, page 4B.

​August: Patricia Keith-Spiegel, author of "Awesome Advantages of Being a Tall Girl, is PWR's featured author of the month.

June: Thomas Caulfield, "Ephphatha: Growing Up Profoundly Deaf and Not Dumb in the Hearing World - A Basketball Player's Transformational Journey to the Ivy League. More information on Thomas' book is in the "Rossmoor News," June 19, 2019 issue, page 25A.

​November: Dick Friedman, "The Coach Who Strangled the Bulldog: How Harvard's Percy Haughton Beat Yale and Reinvented Football."  More information on Dick's new book is in the "Rossmoor News," October 31, 2018 issue, page 31A.

October: Shoshana Kobrin, "A Tempo: Seasons of a Life: Poems and Paintings"

October, Della Temple, "Walking in Grace with Grief: Meditations for Healing After Loss"
September, Richard Devlin, "​The Grotto: A Novel of Heresy, Holy War and Love"
August, Estelle Watts, "Poems: The Woven Threads"
June, Peter Li, “The Father of Non-Han Chinese Linguistics Li Fang-Kuei: A Pioneer in the Study of Minority Languages in China”
May, Addie Mattox, "Saigon USA"
March, Lee Gale Gruen, “Adventures with Dad: A Father and Daughter’s Journey Through a Senior Acting Class”
February, Annegret Ogden, "I Do What I Like - I Like What I Do: Conversations With Well Aged Friends"
January, Karl Livengood, “Norman Weiner, An Artist’s Story, as Told to Karl Livengood”